Rise in air pollution: What expecting mothers and parents with newborns need to know – The Indian Express 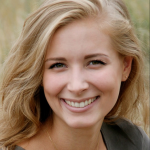 Exposure to outdoor air pollution before conception or during the early months of pregnancy can result in premature birth or birth defects of the brain and spine. (Source: getty images/file)

Every year, the onset of winter is automatically associated with poor air, respiratory and visibility problems. Have we ever realised that air pollution can adversely affect the health of an expecting mother and the development of her baby? Residents and hospitals have started reporting a spike in respiratory illnesses, with especially children complaining of breathlessness and other respiratory issues.

It is important to understand that air pollution comes in many forms. Typically, polluted air comprises ozone, particulate matter, nitrogen dioxide, sulfur dioxide, vehicle exhaust, building emissions, second-hand smoke, dust, and chemicals. This toxic particulate matter causes irritation in the lungs, eyes, and throat, making it difficult to breathe. While larger particles can be coughed or sneezed out of the body, smaller particles tend to get trapped in the lungs and enter the bloodstream.

There is enough evidence now to say that air pollution impacts pregnancy. A pregnant woman’s exposure to every 10-µg/m3 increase in PM 2.5 could result in a four-gram decline in the baby’s birth-weight, according to a 2018 study conducted in Chennai and its surrounding districts involving 1,285 pregnant women. PM 2.5 are fine particulate matter found in the air with a diameter of 2.5 micrometres or less and are known to pose the greatest risk to human beings. On average, Delhi’s PM 2.5 measures between 100 and 180 10-µg/m3, over 10 times the standards set by the World Health Organization (WHO). The median estimate in birth-weight is a 72-gram increase, which means that you can expect somewhere around 70- to 80-gram increase in the newborn’s birth weight if they [pregnant women] lived in a cleaner area.

The foetus receives oxygen from the mother and breathing polluted air, therefore, affects the foetus. Exposure to outdoor air pollution before conception or during the early months of pregnancy can result in premature birth or birth defects of the brain and spine. Further, it can cause the baby to have a low birth weight and can increase the baby’s risk of contracting illnesses.

Air pollution increases the risk of miscarriages. Recently, The Guardian newspaper in UK published an article suggesting air pollution can be as bad as smoking in increasing the risk of miscarriage. It claimed that raised levels of nitrogen dioxide pollution increased the risk of loss of pregnancy by 16 per cent. Another study revealed that exposure to ammonium sulfate during pregnancy can increase the risk of birth defects and stillbirths. Sulfate is mainly produced from coal burning, while ammonium is derived from ammonia, which is produced from agricultural, automobile, and animal emissions.

Read| Effects of air pollution on kids: A parental guide

The pregnancy results in 2.5 to 3 kg babies at 38-40 weeks ideally. Babies under 2.5kg are considered “low birth weight.” Air pollution exposure results in low birth weight babies. However, it’s still unknown which trimester is most vulnerable to the effects of air pollution. Exposure to ozone during pregnancy can cause your baby to be born with a low birthweight. Ozone is a gas that comes from car exhaust, gasoline and fumes from factories and chemicals.

Children born premature have a significant risk of adverse outcome long term. According to a study by The Stockholm Environment Institute (SEI) at the University of York, nearly three million babies are born prematurely each year because of air pollution. That means 18 percent of all annual preterm births have been linked to exposure to particulate matter pollution.

Autism is a developmental disorder in children which has no curative treatment currently. There has been an association of air pollution exposure to pregnant women and Autism in children. An alarming Harvard study revealed that women exposed to high particulate matter pollution during their third trimesters were twice as likely to deliver a child with autism.

Asthma is a recurrent wheezy condition that requires constant medical attention. Air pollution exacerbates asthma. In pregnant women, this can be dangerous because asthma can cause preeclampsia, a condition that causes elevated blood pressure and decreased function of the liver and kidneys. Untreated asthma can cause your baby to suffer from lack of oxygen, leading to poor growth, premature birth, and low birth weight. Research has also found that exposure to air pollution can increase your baby’s chances of developing asthma later in life

If you plan on starting or expanding a family, you may need to be careful with the air you breathe. Multiple studies have determined air pollution contributes to lower fertility rates in men and women. Some research also links air pollution to miscarriages.

Advisory for expecting mothers and their families

It’s impossible to avoid every potential threat to your health and that of your baby, but there is a lot you can do to decrease your exposure to air pollution. First and foremost is to take a flu vaccination. The exact timing and duration of flu seasons can vary, but if you are waiting for the right time to get your flu vaccine, it is actually right now. Yes, October or early November is the best month to get your influenza vaccine to get maximum protection against the flu virus. It takes about two weeks to develop enough antibodies from the influenza vaccine to protect you against the flu. A flu shot reduces your risk of contracting the illness by roughly 40 to 60 per cent and also brings down the severity of the disease if you do get sick. If you miss out on taking the flu vaccine in the month of October, you should get the jab whenever you can. For expecting mothers, flu shots are recommended before 26 weeks of gestation.

Limit your outdoor activities and if venturing out, always wear masks.

Use inhalers for persons with asthma.

Practice hygiene in all forms for hand, eyes, face at all times.

Take immunity boosters and plenty of fluids including a healthy diet which is rich in Vitamin C along with green leafy vegetables.

Get an air purifier – These devices remove everything from smoke to allergens to mold and germs from your air-helping you and your baby grow in a healthier environment. Besides air purifiers for the home, get car purifiers installed as well.

Get air-purifying plants – Plants can naturally filter your air and help you and your growing baby breathe healthier air.

Advisory for parents with newborns

o Breastfeeding should be encouraged in all children less than 6 months.

o Nutrition should be taken care of. Nutritious food, fluids and supportive therapy will help.

o Use of air-purifiers is recommended in special situations.

Parents must watch for following symptoms which may be indicative of serious respiratory problems in children:

Recurrent night time/early morning cough, which does not go away easily.

Difficulty in breathing especially during exertion.

Low grade fever with cough persisting for more than 2 weeks.

(The writer is Director, Department of Obstetrics & Gynecology, Cloudnine Group of Hospitals, Noida.)

📣 The Indian Express is now on Telegram. Click here to join our channel (@indianexpress) and stay updated with the latest headlines

For all the latest Parenting News, download Indian Express App.

Covid cases continue slow increase as over 40% of Pa. has at least 1 vaccine dose – TribLIVE

Covid cases continue slow increase as over 40% of Pa. has at least 1 vaccine dose – TribLIVE

Vaccine hesitancy in South Dakota could prolong pandemic and delay a return to normal – KELOLAND.com