3 million currently contagious with coronavirus in US: report – Fox News

A recent estimate projected that over 3 million people in the U.S. have active coronavirus infections with the potential to spread it to others, per reports.

Jeffrey Shaman, an epidemiologist at Columbia University, told The Washington Post that his group’s model approximated 3.6 million infected people with enough virus to infect others. This figure reflects a “34% week-to-week increase,” the outlet wrote. 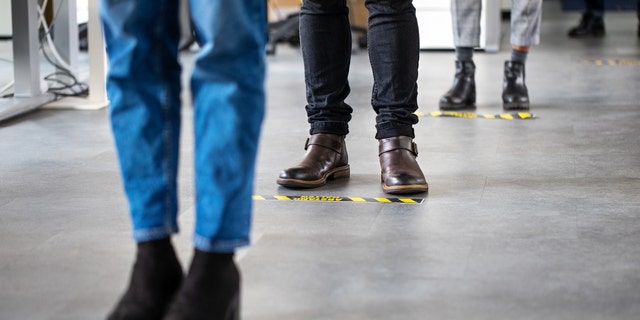 The model estimated that just over 1% of the U.S. population is infected and potentially contagious. (iStock)

However, the team’s estimate reportedly excludes an “approximately equal number” of newly acquired cases with the virus still in the early phases of replication. Separate studies have suggested coronavirus is most contagious two to three days after infection.

“It’s bad; it’s really, really bad,” Shaman told the outlet. “We’re running into Thanksgiving now and that’s only going to make it worse. We’re going to go through a lot of people being infected between now and the end of the year, unfortunately.”

Data compiled by Johns Hopkins University reports nearly 11.6 million infections in the U.S., and the death toll exceeded 250,000 on Wednesday. In addition, 10% of tests coming back positive, per a seven-day moving average.

The report comes amid news of the Centers for Disease Control and Prevention (CDC) releasing recommendations on Thursday afternoon, warning against gathering with non-household members for Thanksgiving.